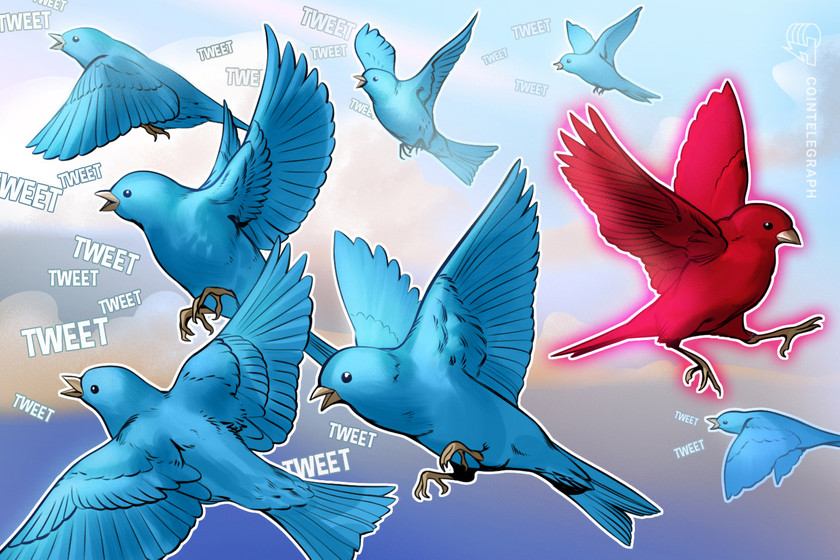 Not everyone is convinced that Elon Musk’s takeover of Twitter will promote free speech.

Aave (AAVE) founder Stani Kulechov was temporarily suspended from Twitter this week, mere hours after joking that he was joining the social media company as interim CEO.

“BREAKING: Joining Twitter as interim CEO,” Kulechov tweeted on Tuesday in a post that was intended as a joke. The tweet was timestamped at 2:48 pm PST (9:48 pm UTC). The following day, the Aave founder’s account was suspended, a spokesperson confirmed to Cointelegraph. The spokesperson also confirmed that it was Kulechov’s first suspension on the social media platform and that he had not received any prior warnings.

Aave founder Stani Kulechov has been banned from Twitter after joking about being Twitter’s interim CEO. pic.twitter.com/TXYnR6SKdz

“Twitter, recently bought by Elon Musk, has chosen to suspend my account,” Kulechov said in a statement, adding that the move underscores the dangers of centralized ownership of content creation.

The ban lifted Thursday afternoon, with Kulechov tweeting that he’s “back as interim CEO” of the social media company.

Kulechov’s suspension appears ill-timed for Twitter after billionaire Elon Musk confirmed earlier this week that he had an agreement to acquire the company for $44 billion. By taking Twitter private, Musk intends to promote free speech by creating a “digital town square” where everyone can express their views.

It’s not entirely clear whether tweeting about becoming Twitter’s CEO violates the platform’s terms of service or its new free speech mandate. The comment appears to fall in line with Musk’s conception of free speech, which simply means speech that “matches the law,” he clarified on Tuesday.

By “free speech”, I simply mean that which matches the law.

I am against censorship that goes far beyond the law.

If people want less free speech, they will ask government to pass laws to that effect.

Therefore, going beyond the law is contrary to the will of the people.

Freedom of speech and the ability to dissent from prevailing cultural narratives have become hot-button topics since the onset of COVID-19. The pandemic, some argue, allowed governments and media outlets to marginalize those with opposing views. The debate around dissent and expression was front and center in February after the government of Canada froze the bank accounts and crypto wallets of individuals involved in funding local protests.

Largest Cryptocurrency Hacks In History: How They Happened