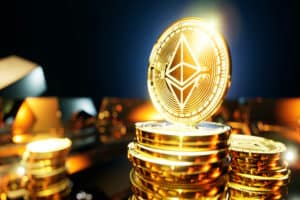 Big changes are on the way for Ethereum.

The Merge, scheduled for 15 September, may in fact trigger a number of potentially positive consequences for Ethereum, if all goes well.

The Merge will bring great benefits

One of these has already been announced: next year the city of Buenos Aires, Argentina, will install its own Ethereum node.

Buenos Aires is the capital city, and its validator node would actually be run by the country’s government.

The news was given during the ETH Latam conference directly by the Secretary for Innovation and Digital Transformation, Diego Fernández, saying that Ethereum client software will be installed and running in 2023.

Fernández also said that he believes this will promote the development of flexible regulation for cryptocurrencies, and that the implementation of Ethereum validator nodes in Buenos Aires has both exploratory and precisely regulatory purposes.

The nodes that will be implemented will in fact run within the regulatory sandbox that the legislature approved in 2021.

Already in March, the city of Buenos Aires had launched a blockchain project, TangoID, which is an identification platform that is expected to become operational again in January 2023.

As such, the initiative related to the validator node is not only purely financial, but also technical and somewhat political, as it will be leveraged to try to improve local crypto regulations.

It is important to keep in mind that after the transition to Proof-of-Stake (PoS), scheduled for 15 September or the days just after, validator nodes will receive rewards in ETH for the transactions they validate, without having to do any more mining.

Thus Argentina‘s initiative could also be followed in the future by other countries interested in generating returns from staking their ETH.

This could further encourage precisely the staking of ETH, since right now out of the 120 million ETH in circulation only a little over 10% (13 million) are already staked.

In fact, Proof-of-Stake requires validator nodes to lock some of their ETH in order to participate in the validation process, and to be rewarded with ETH from fees and additional ones created as needed. Thus on the one hand, staking locks ETH, making them non-tradable in the markets, and on the other hand, remunerates those who do so. However, once the transition to PoS is complete, all staked ETH will be made available again to be withdrawn and, if desired, put on the market for sale.

The post Ethereum’s Merge is only a month away appeared first on The Cryptonomist.