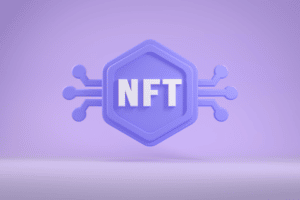 The world of crypto and NFTs is facing a bad period, but despite the unfavorable conditions, the ecosystem of digital currencies does not stop growing.

New projects, initiatives and milestones are being reached every day, thus confirming the revolutionary power of Web 3.0.

Wired is an American monthly magazine based in San Francisco, California.

Known as “The Internet Bible,” it was founded by journalist Louis Rossetto and Nicholas Negroponte in March 1993.

The monthly magazine has always been highly sophisticated and dedicated to tackling every topic related to innovation and technology, such as: the issue of privacy applied to social networks, self-driving cars, the Space Race, climate change, broadband, 3G, later to become 4G and now 5G, the crisis and challenges of publishers, the importance of big data and virtual reality; and now it has decided to embrace the world of Non-Fungible Tokens on the occasion of the Wired Next Fest.

To celebrate their anniversary, Wired Italia has decided to organize the Wired Next Fest in Milan (7 and 8 October) at the Fabbrica del Vapore.

On this occasion, it will be possible to retrace the history of the magazine through the more than 100 covers published so far.

The Fabbrica del Vapore’s courtyard will feature 51 totems with all the monthly magazine’s covers, thus showing readers how much history has been told by the magazine itself over the past 13 years.

Wired Italia has also decided to crown the celebrations by creating a small NFT project.

With the help of Monogrid, a creative production company specializing in interactive experiences, it has decided to repurpose the 100+2 covers of the monthly magazine in the form of NFTs.

Be aware though, the latter will not be a mere reproduction of the covers we have been able to buy on the newsstands over the past 13 years, but a revisitation of them at the hands of, pardon the oxymoron, artificial intelligence.

The AI was asked, via a textual prompt consisting of a few key words, to come up with a new version of the same covers, and then propose them in the form of NFTs.

The original covers compared with the AI-generated ones can already be visited in a virtual space on Spatial.

“The idea came from the new issue of Wired Italia on newsstands from 7 October, whose cover was made for the first time in Italy precisely by artificial intelligence. We wondered what all our covers would look like if a “machine” had “thought them up” and not flesh-and-blood people. We made very simple requests to MidJourney, entering keywords that reflected the main elements of the covers. Well, the result was surprising.

Put simply, we can say that this kind of operation looks a bit like when you ask a child to imagine something from the reality they know, the result will always be something authentic and free from bias.”

These unique NFTs will also be able to be minted for free by users on the OpenSea platform.

It’s official, 20 September has been recognized as International NFT Day.

The date was not chosen randomly given that in the distant (yes, because years in crypto are worth x10) September 20, 2017, the term NFT in the form of the ERC-721 standard was officially coined by Dapper Labs Chief Technology Officer Dieter Shirley.

This day thus serves to remember and celebrate the anniversary of non-fungible tokens that are literally the future of digital property.

Since that day, first slowly and then with a rapid rise, NFTs have become not only digital assets of more or less value, but a real industry, a cultural phenomenon, the symbol of a new beginning.

NFTs have emerged as a powerful tool of revenge and democratization for so many industries.

September 20, 2017 is therefore an important date to remember as another small piece of Web 3.0 was being created.

“CRYPTO ART – Begins” is the first NFT book to tell the story and evolution of Crypto Art.

Inside this book, sold for now only in digital format, are the stories of some of the most important digital artists, including that of Gordon Berger.

Gordon Berger is a true pioneer of Crypto Art; he can be described as a digital painter.

His art focuses on the intersection of digital and physical reality.

Gordon Berger’s basic idea is that the creative gift belongs exclusively to humans and technologies are only an extension of their expressive capacity.

The study of the creative process between human and digital is precisely the subject of Gordon Berger’s latest series, “Evolve,” a collection of 13 paintings created by AI, each representing the evolution of the previous.

In the way the shapes and strokes transform after each update, becoming more plastic and complex, we can see how the algorithm carries out its elaborations by means of the artist’s guidance.

“Evolve 13” (2022) is thus the latest NFT in the series, an almost symmetrical image where the stroke takes on texture, as if it were a bas-relief.

The animated quality of the work shows us a light flowing through it, allowing us to appreciate its three-dimensionality.

“Evolve 0” (2022), on the other hand, represents a white rectangle. The first interaction between artist and creation, a nothingness charged with infinite possibilities.

The pioneer of Italian video art, Fabrizio Plessi, lands in the NFT world

In Florence, Tornabuoni Arte dedicates an exhibition to the pioneer of Italian video art – Fabrizio Plessi, but the most talked about of the works is Digital Gold, a non-fungible token.

Fabrizio Plessi is the pioneer of Italian video art, the father of ‘electronic and technological iridescence,’ and on 21 September he returned to excite and enchant the public.

Emozioni Digitali, was presented in the halls of the Tornabuoni Arte Gallery in Florence.

The artist’s is a true two-level journey through the master’s main stages: from the sketches and paper projects of the 1970s, to the more contemporary frontier of NFTs and blockchain art.

In fact, the journey ends in the future with the exhibition’s star work, Digital Gold, a non-fungible token.

Isis and suspected funding through NFTs

Many are already talking about the scandal, but let’s shed some light on it.

The Islamic State appears to have used some Non Fungible Tokens for propaganda and, perhaps, self-financing purposes.

However, the NFTs in question were promptly removed leaving behind an avalanche of criticism and reflection on the world of cryptocurrencies and blockchain.

Of course, the biggest fear is that NFTs could also be used to finance Islamic State terrorist activities.

However, let’s look at the incident with detachment and objectivity.

To be outraged at the use of blockchain for propaganda purposes is perhaps a bit naive.

The danger of Isis lies not in the means it exploits to show itself to the world, but in the organization itself.

Isis had already in the past used other means, such as YouTube, to share the horrific deeds of which it is capable.

So what exactly changes, if not the platform?

That criminals or other organizations can use these extraordinary means for deplorable ends is a fact already known and debated, and for which numerous state and international countermeasures have already been put in place.

So, to cry scandal seems to be just a way to discredit the world of virtual currencies, which, on the other hand, has a lot to offer, at a time in history when “real” currencies are showing many more limitations and problems.

The post All the NFT news of the week appeared first on The Cryptonomist.

Celsius terms of use do not guarantee return of customers’ funds